One of the biggest surprises I had was some incredible vegan sushi. I’m familiar with vegan cuisine and the rules and ideals behind it, and haven’t actively shunned nor sought it out. But this completely blew my mind and I’ll remember as one of my top tastes of the year.

If you’re in Montreal, I suggest checking out Sushi Momo and get the largest sushi boat you can make room for, so you really get a variety of textures, flavors, and smells.

A return work trip in Austin meant I was able to try Torchy’s Tacos this time around, and while I really appreciated the freshness of the ingredients and variety on their menu, I think I made a few mistakes – going “trashy” when the taco had plenty of flavors already, and in general just ending up with too many flavors in a single bite. I’d like to go back and make sure I get some of the classic combos and keep it simple. But yes please, queso!

I’ve always loved horchata, an cinnamon-rice milk drink from Mexico, and try to order it when I see it on the menu, especially if it looks homemade. That’s why I had to get this Horchata Iced Coffee and it didn’t disappoint. I don’t drink many sweet coffee drinks but this was a great combo for a change.

I had poutine a few times last year (see my Detroit post) but I’m just putting the love out there: I love things piled on top of french fries! Classic poutine is wonderful, and creative iterations of it are even better. My favorite versions use tater tots, yum.

You might have missed, but I’m a Mom now. No shame here, but I’ve spent a lot of time in 2018 helping grow the Moms in Tech online community as an admin, and we were able to schedule pretty regular lunch meet ups around the Bay Area. There’s some pretty incredible food and it was great to try things with good company! Some notable dishes seemed to be entirely chili peppers, and I always enjoy dim sum.

It snowed. In Austin. While we were there for work, and we decided to brave the weather and get out to get a great BBQ meal at Terry Black’s. Luckily for us, almost no one else had the same idea, and this very popular restaurant was almost deserted, making it a very relaxing and enjoyable meal aside from the delicious food! I know a lot of food is worth waiting for, but I’m just not that interested in spending a lot of time in lines now.

The sausage and brisket were on point, and so were the sides. I tried the Big Red drink for novelty, but next time I’d skip.

Pim Techamuanvivit was food blogging in the early days of blogging; if you’ve been reading for a while you might recognize her name from her Chez Pim blog and when I participated in and helped host her Menu for Hope fundraiser for several years. She now has two Michelin-starred restaurants in San Francisco and in Thailand, and I’ve been wanting to try her SF spot, Kin Khao, for some time.

One of the things I enjoyed the most but didn’t expect to was the Black Rice Pudding dessert. I am not a huge fan of rice pudding in general but the array of textures and tastes you could add to make it your own were delicious. I was slightly underwhelmed by the Khao Man Gai “chicken fat rice,” most likely because it is a delicate dish and the flavors didn’t dance on my palate the way the rest of her flavors did. Overall, recommend checking it out and love the casual vibe for a workday lunch.

One of the Thai rolled ice cream places opened up and I was able to go when there wasn’t a line (see my comment above about waiting…). The complete customization and freshness of the ice cream is compelling but also takes quite a lot of labor to produce. And the taste? Pretty ok, not amazing. But I have pretty high standards when it comes to ice cream and gelato – I throw it away if it’s not good 🙂

I think the taste of the ice cream pales compared to the novelty of its creation. There may be some places which have exceptional flavors but so far folks seem to agree with my assessment.

Thanks to my friend Linda, I consumed more boba drinks in 2018 than ever. And one of my favorite indulgences was the addition of “puff cream” which didn’t initially make sense to me but it’s really the cream / custard you put inside cream puffs, in your drink. I don’t love cream puffs, but it turns out I love puff cream! It made each drink impossibly rich, and delicious! Found at Happy Lemon, but I’m sure elsewhere as well.

Top Way to Feed a Lot of People: Breakfast Bar

Once you start adding kids into the mix, eating out with a large group becomes less appealing, more chaotic, and of course expensive. Enter the breakfast bar! Instead of brunch out this year we decided to do an omelette bar and all the various toppings you’d want. We ended up doing a large batch of scrambled eggs and piled our toppings on top and I can’t wait to do it again next year (or before then). A great way to please and feed a crowd.

Thanks to my lovely friend Sheri I did a lot of taco seeking in the Bay Area in 2018, and met up with her and Michelle from Nom Nom Paleo for great parking lot tacos and pupusas. I can’t wait to eat more in 2019.

Another place I’ve wanted to try for some time in San Francisco; I was able to make Gracias Madre happen when two good friends from Italy came to visit and one, a vegetarian, was craving Mexican food! Win-win. These totopos (similar to, but not to be confused with, chilaquiles) were so, so, so good.

Read that title again. Yes. I found some green bean pasta (literally: green beans and water – the brand I found was Bellabondonza but there are several out there) and was making a creamy mushroom sauce for it when I realized all that was missing was some fried onions and voila: it was really green bean casserole (a favorite dish) in disguise! It was pretty delicious, but I wasn’t able to get a photo to do it justice.

This didn’t actually have any ice cream in it, but it’s something they sell only once a week and I couldn’t resist getting one because s’mores are a weakness of mine. A giant marshmallow, hand-toasted with a flame thrower, put gently into a waffle “taco,” and I had them dip it in both peanut butter and dark chocolate to cover. So good. I have been limiting myself – perhaps once a year will be enough.

I ate this pizza so many times at home in summer 2018. It was super easy to throw together since we had a lot of squash in the garden, and I often kept ready-made pizza dough just in case! The pizza grilled in about 10-12 minutes so it was quick and didn’t heat up the whole house; perfect for the summer. So good with just drizzled olive oil, some pesto, and parmesan. And if you could find some burrata or nice mozzarella to put on after grilling? Even better. It will be returning this year for sure.

I was in charge of the welcome meal at my best friend’s bridalette (bachelorette + bridal shower…it’s a thing now) and aperitivo was the perfect way to satisfy a crowd. Luckily I had a few special deliveries from some friends visiting from Italy so I had even more ingredients on hand than usual. Here’s how to host an Italian aperitivo at home.

What were your favorite tastes in 2018? Anything you’d try? Avoid? 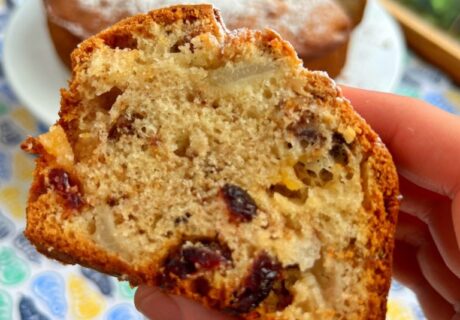 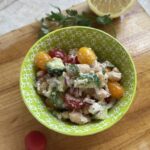 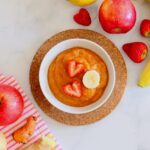 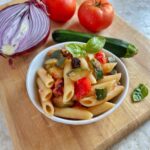 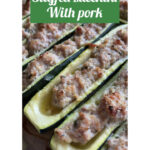 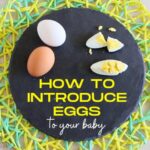 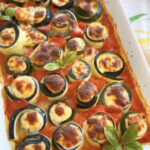